Bob Margolin: « You’re a Blues Player of the World » 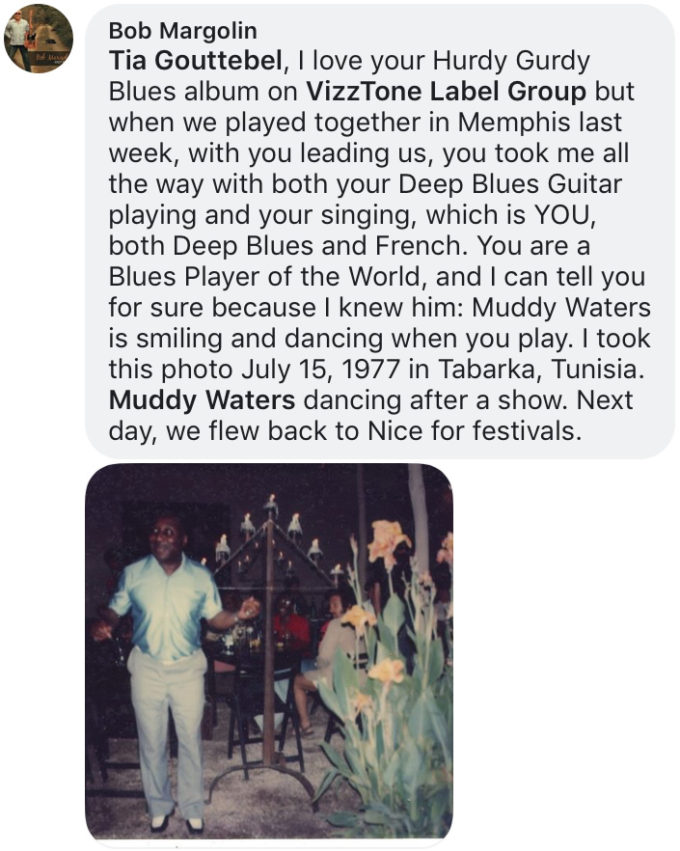 Tia Gouttebel, I love your Hurdy Gurdy blues album on VizzTone Label Group but when we played together in Memphis last week, with you leading us, you took me all the way with both your Deep Blues Guitar playing and your singing, which is YOU, both Deep Blues and French. You are a Blues Player of the World, and I can tell you for sure because I knew him: Muddy Waters is smiling and dancing when you play. I took this photo July 15, 1977, in Tabarka, Tunisia. Muddy Waters dancing after a show. Next day, we flew back to Nice for festival.

Backing musician for Muddy Waters from 1973 to 1980, Bob Margolin has been leading his own successful career ever since. His last album, My Road, released in 2016, won two Blues Blast Magazine Award and earned three Blues Music Award nominations, including a win for Best Male Traditional Blues Artist. 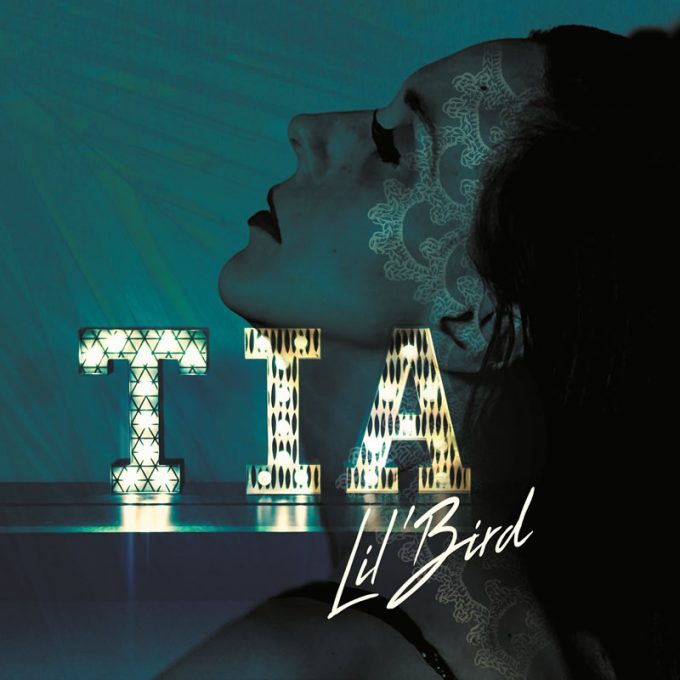 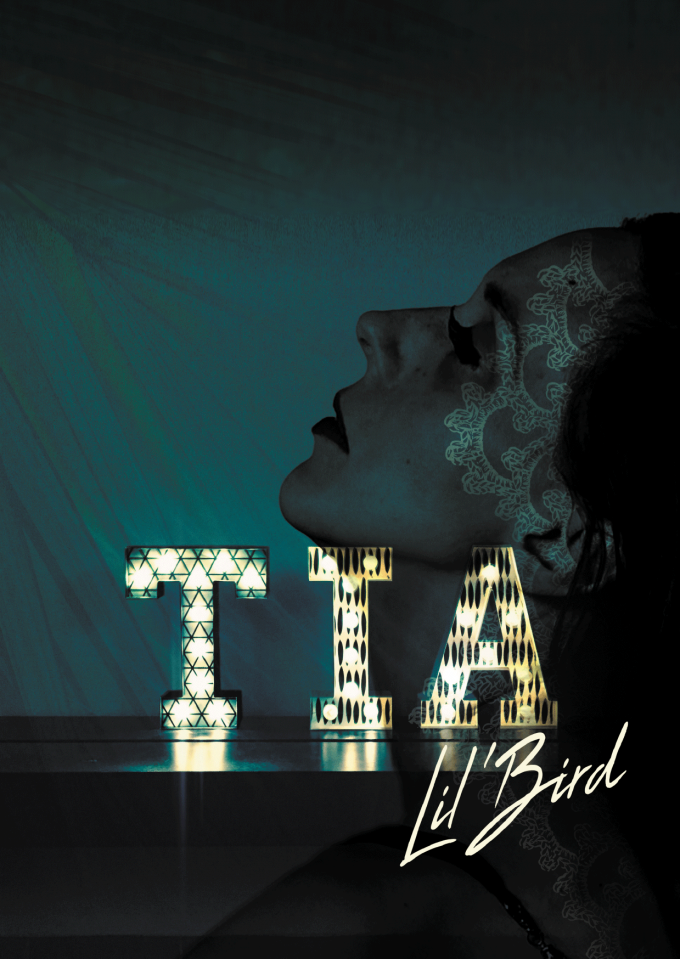 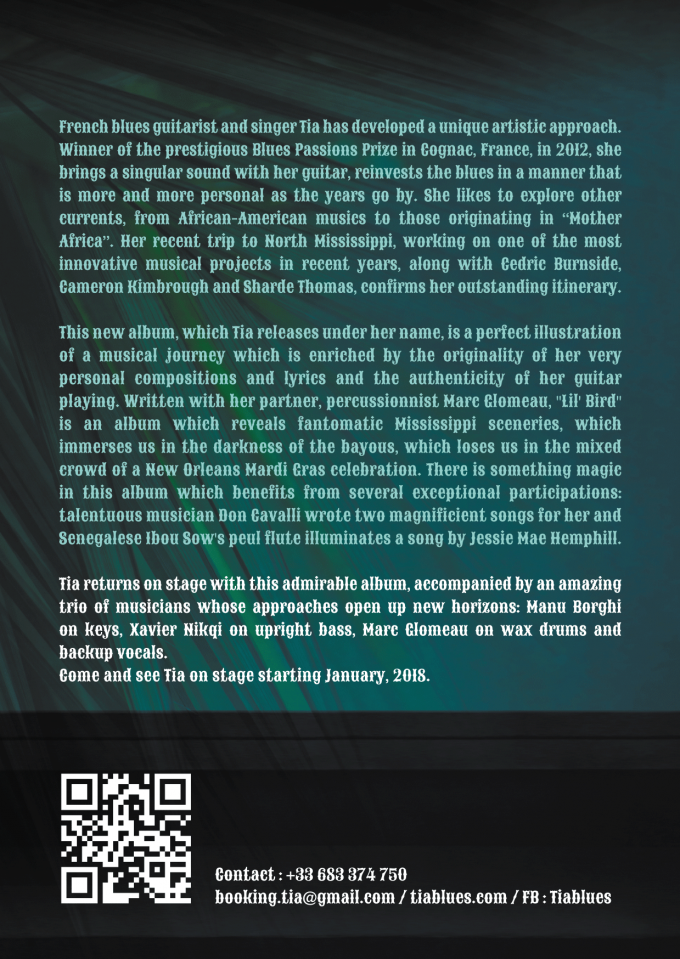 A three-day residency
to work on ‘Lil’ Bird’

Tia and her band, Emmanuel Borghi on keys, Xavier Nikqi on upright bass, Marc Glomeau on percussions and background vocals, as well as Didier Lamaze on sound, got together for a three-day residency, from September 4 to 6 at Imago, in Cébazat, Puy-de-Dôme. Objective: to prepare the lives of Tia’s new album, ‘Lil’ Bird’, to be released in October. 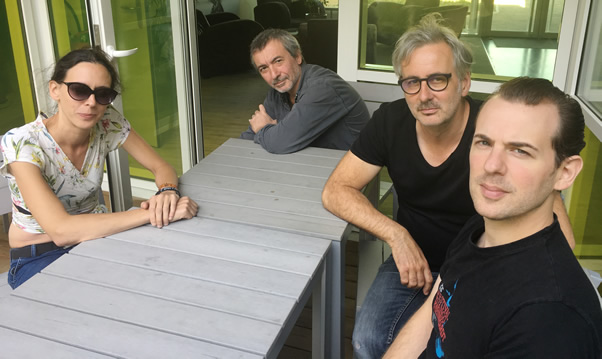 A second residency will take place on September 19 and 20 at the Coopérative de Mai, in Clermont-Ferrand, with special guest Ibou Sow with his peul flute.

A restitution is organized for professionels on September 20 (on invitation).

Eclats de Fête festival in Riom, Puy-de-Dôme. Tia & The Groove Box with Marc Glomeau on percussions. What a welcoming crowd! 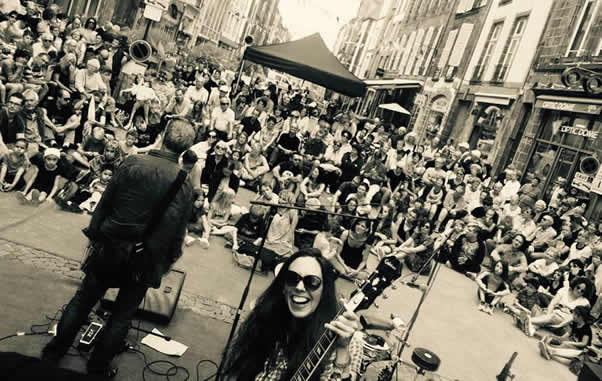 Tia joined Cedric Burnside for a couple of songs at the Tin Roof on Beale Street, Memphis, along with guitarist Gary Burnside et bassist Andrea Staten, on May 12th. 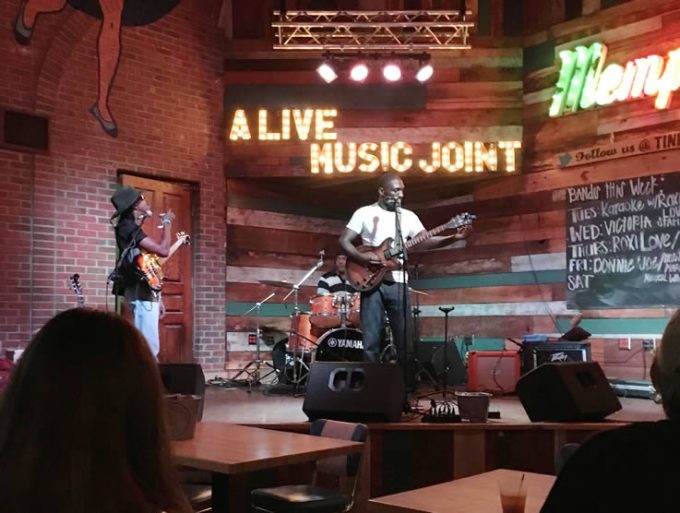 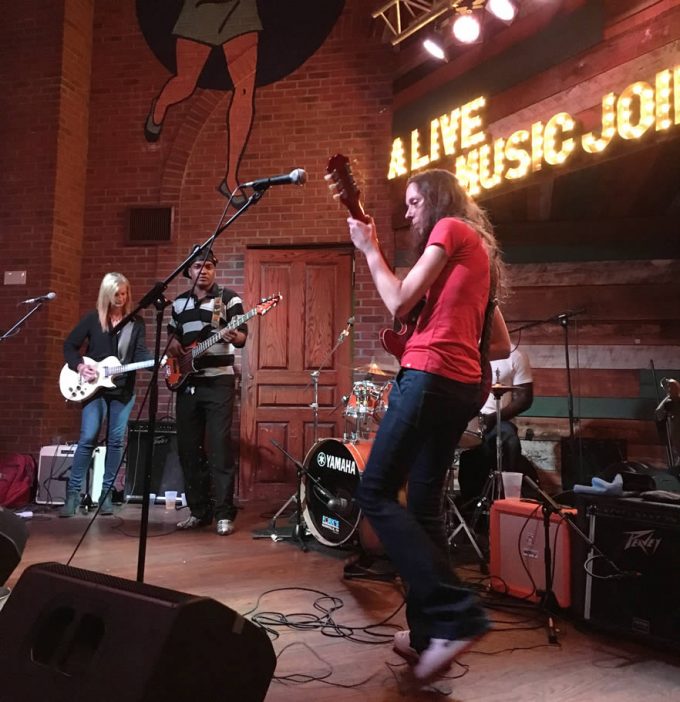 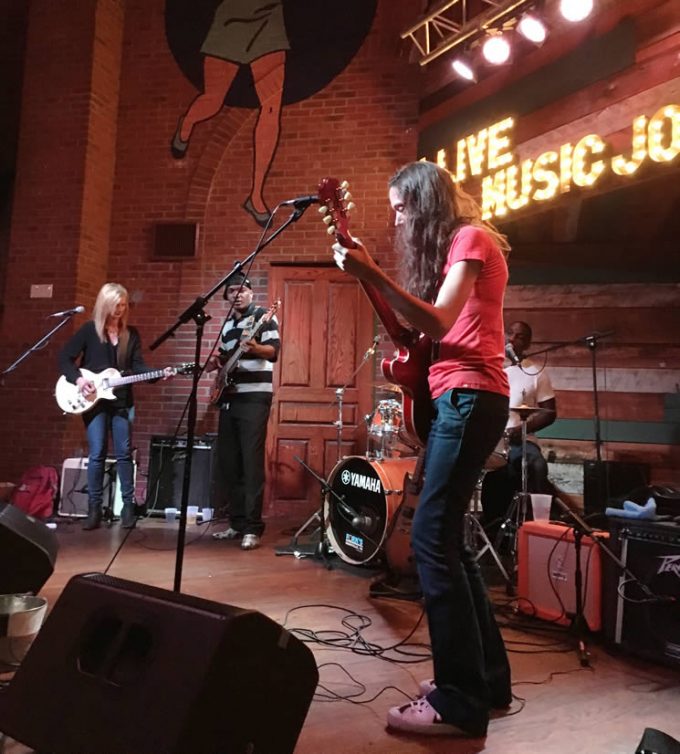 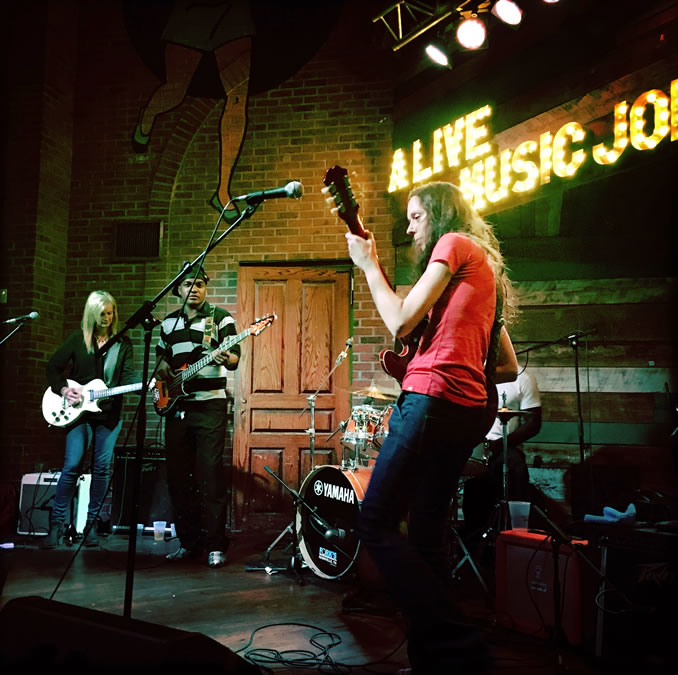 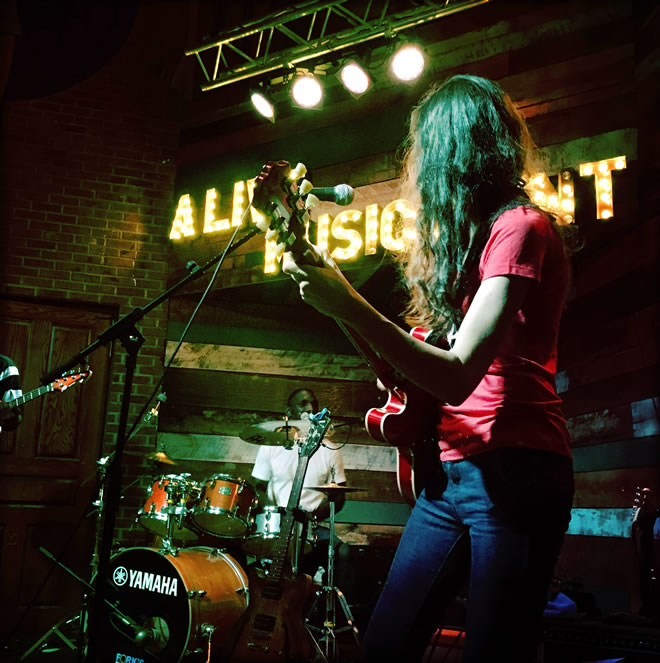 In Memphis for the Blues Music Awards

After having spent three weeks in Mississippi with Hypnotic Wheels to record their new album, including several songs with drummer Cedric Burnside, who was nominated for the Grammys in 2016 for his Descendants of Hill Country album, Tia, along with Marc Glomeau and Gilles Chabenat, went to Memphis to attend the prestigious Blues Music Awards ceremony.

A week rich with encounters and reunions… 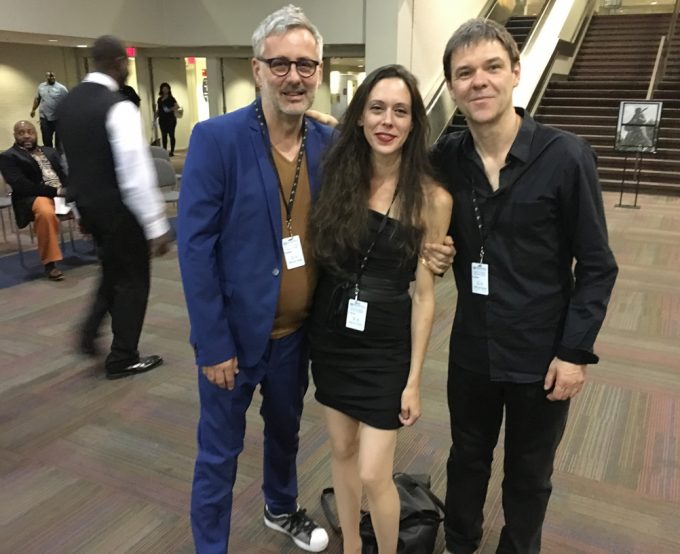 Marc Glomeau, Tia, Gilles Chabenat, at the entrance of the Blues Music Awards, in Memphis. 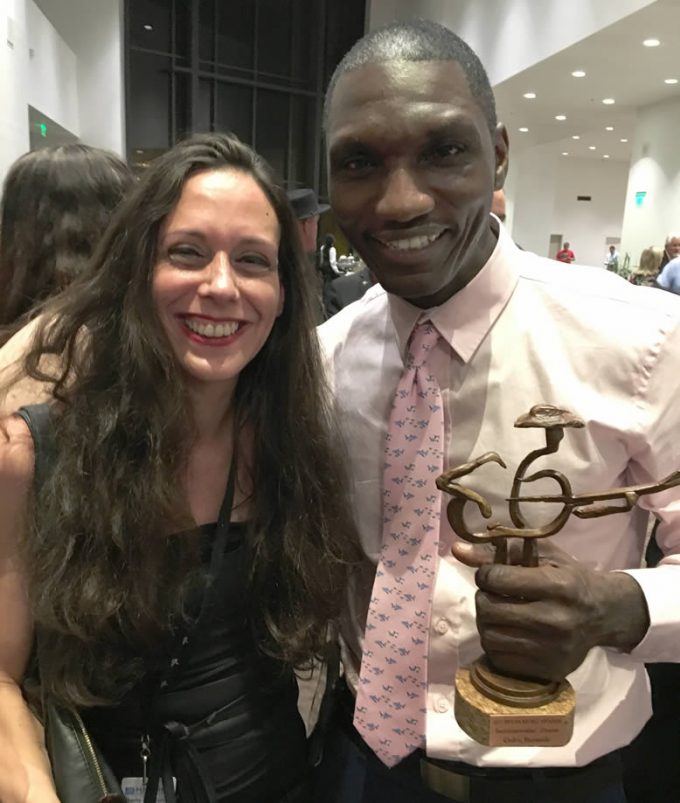 Tia and Cedric Burnside, who won a Blues Music Award for Best drummer, his seventh! 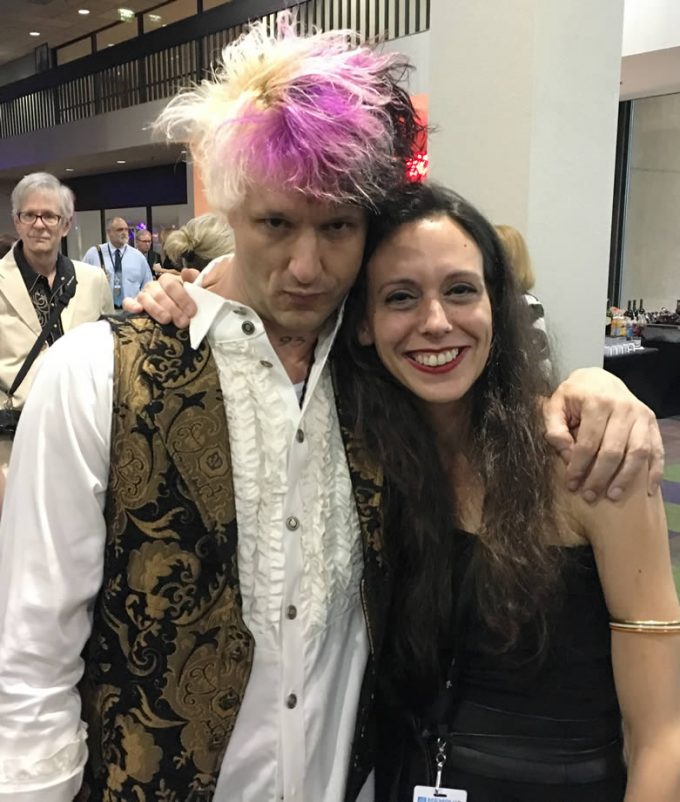 With singer and harmonicist Jason Ricci. 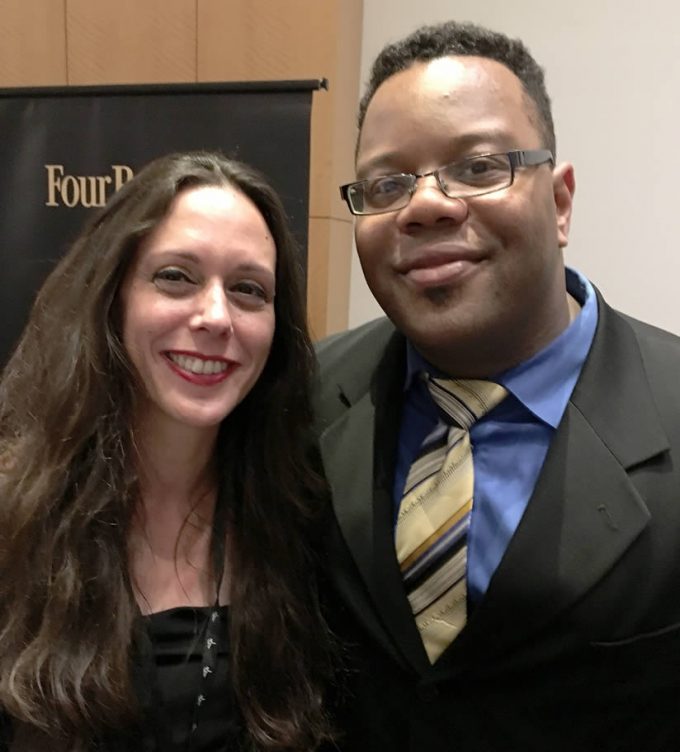 With drummer Rodd Bland. A statue of his father, the singer Bobby « Blue » Bland, was dedicated the following day at South Main Street and Dr. Martin Luther King Jr. Boulevard. 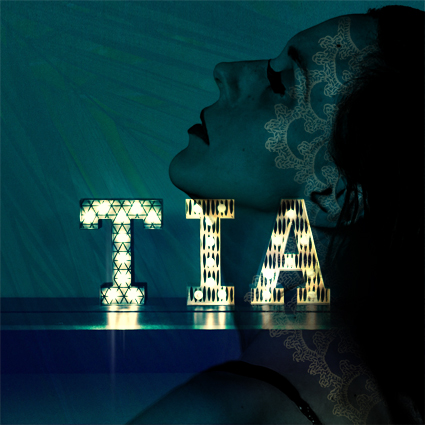 There are four songs:

Listen to the excerpts in the Music section.

Here is the teaser of Lil’Bird, one of the songs on the EP, which will also be part of the new album, to be released in October.

The recording of Tia’s new album is finished. « For the first time, I can also say I am so glad! It is a very personal album. I wrote most of the songs and worked a lot on the lyrics. I hope you will like the musicality and what I say in my songs! » Tia writes on her Facebook. « I want to thank Marc Glomeau for his precious help, patience and collaboration! Here’s the picture of the great Ibou Sow from Senegal, one guest of my new album. » 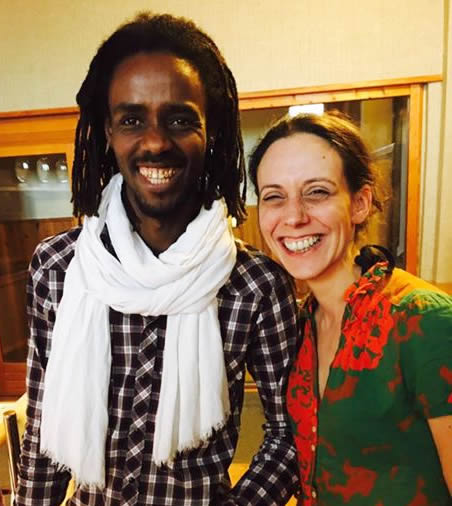 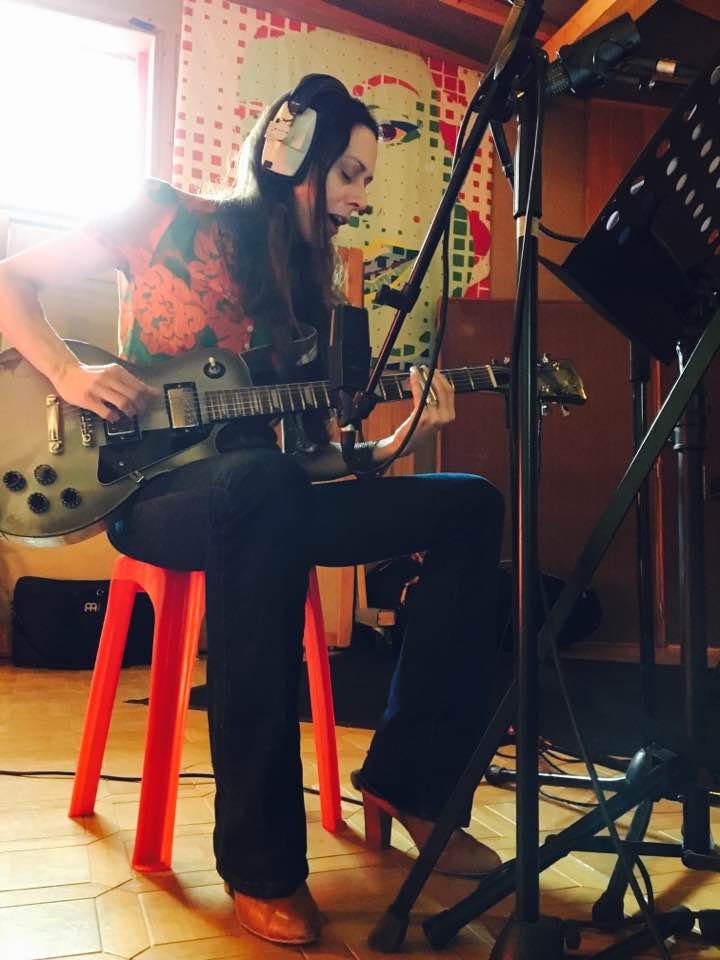